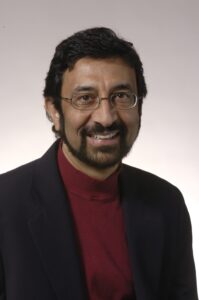 Rajan Suri is Emeritus Professor of Industrial Engineering at the University of Wisconsin-Madison. He received his Bachelors degree from Cambridge University (England) and his M.S. and Ph.D. from Harvard University.

Professor Suri is the Founding Director of the Center for Quick Response Manufacturing (QRM) at the University of Wisconsin-Madison, through which around 300 companies have worked with the University on developing and implementing QRM and POLCA strategies. Dr. Suri is author of several books on QRM. He is also the inventor of POLCA and author of the first book on this system: "The Practitioner's Guide to POLCA".

Professor Suri has received awards from the American Automatic Control Council, The Institute of Management Sciences and the IEEE. In 1999, Suri was made a Fellow of the Society of Manufacturing Engineers (SME), and in 2006 he received SME’s Albert M. Sargent Progress Award for the creation and implementation of the Quick Response Manufacturing philosophy. In 2010 Rajan Suri was inducted into the Industry Week 2010 Manufacturing Hall of Fame.